Back to Chamber Blog 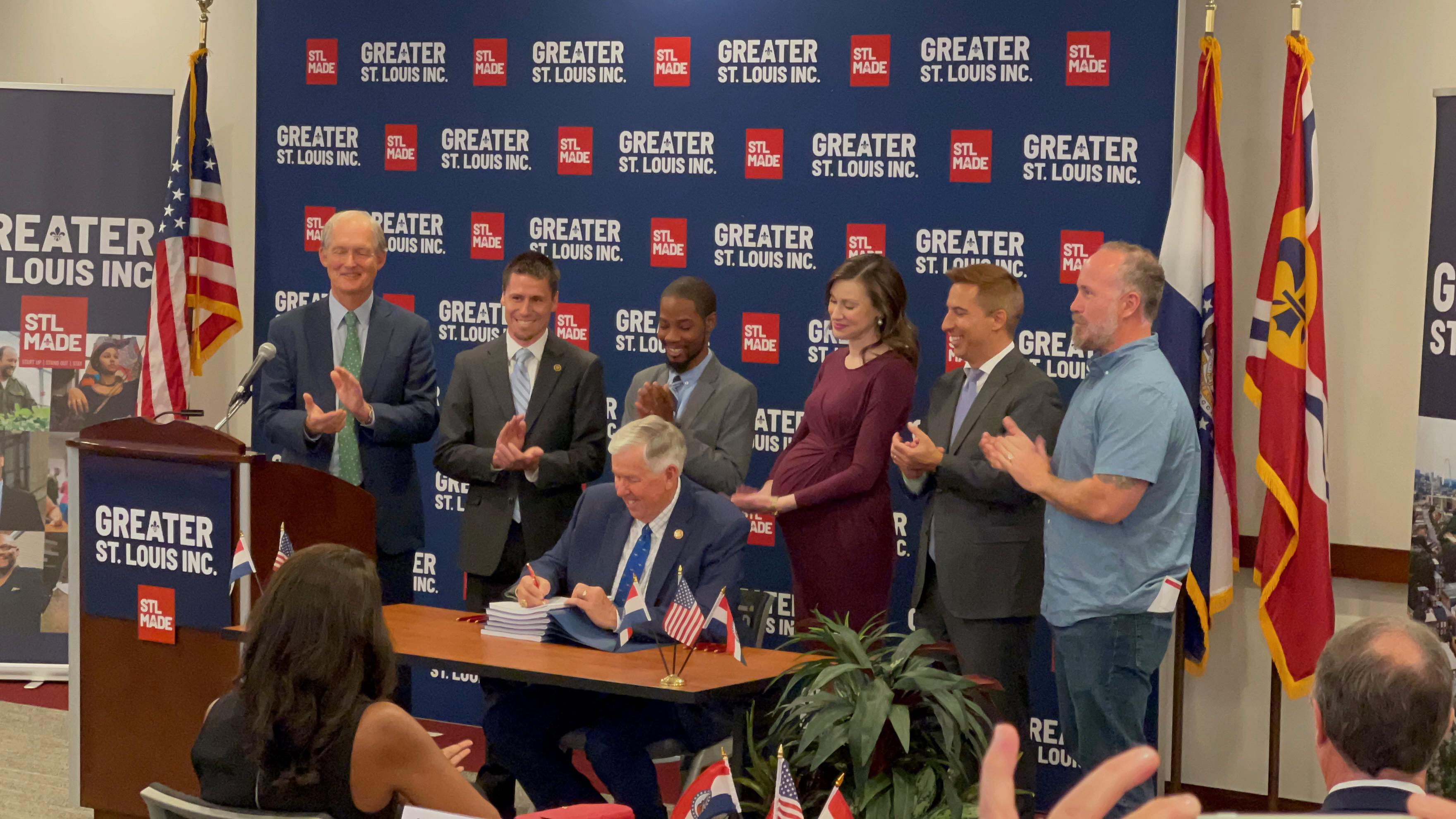 By St. Charles Regional Chamber
7/1/2021
Today, the Greater St. Charles County Chamber of Commerce joined Greater St. Louis, Inc., Governor Mike Parson, and many others on the ceremonial signing of the Wayfair Bill (SB 153), sponsored by Representative Andrew Koenig.  This bill will allow the state and local governments the ability to collect sales tax on online purchases.

"This is legislation Chambers across the state have supported for the past several years," said Scott Tate, President & CEO. "This levels the playing field for many local small businesses who were at a disadvantage because sales taxes were not collected on many online purchases - the exemption of online sales taxes often made purchasing online cheaper.  Missouri is the last state in the nation to collect this tax."

It is estimated this bill will help more than 570,000 businesses across Missouri.  This tax, slated to go into effect in 2023, is expected to generate up to $46 million for schools, $5.8 million for conservation, $4.7 million for parks and $27 million for local governments in the next 8 years.

The bill also includes various taxation provisions, from the elimination of income tax on COVID-19 stimulus funds to the creation of an Urban Agricultural Zone Fund. The bill will gradually decrease video service provider fees to settle at 2.5 percent of gross receipts in 2027, modify the use tax economic nexus, and enact a Voluntary Firefighter Cancer Benefits Trust, along with various changes to local tax processes.  The bill also includes an Earned Income Tax Credit for low-to-moderate income families - a long-time legislative priority of the Regional Chamber - now a part of Greater St. Louis Inc.